LPJ – Goldie Back on the Road

This is my (current) 500/4. I always wanted a gold one and have recently sold the black one (see posts on “CJF”) and the “Silver Machine”. 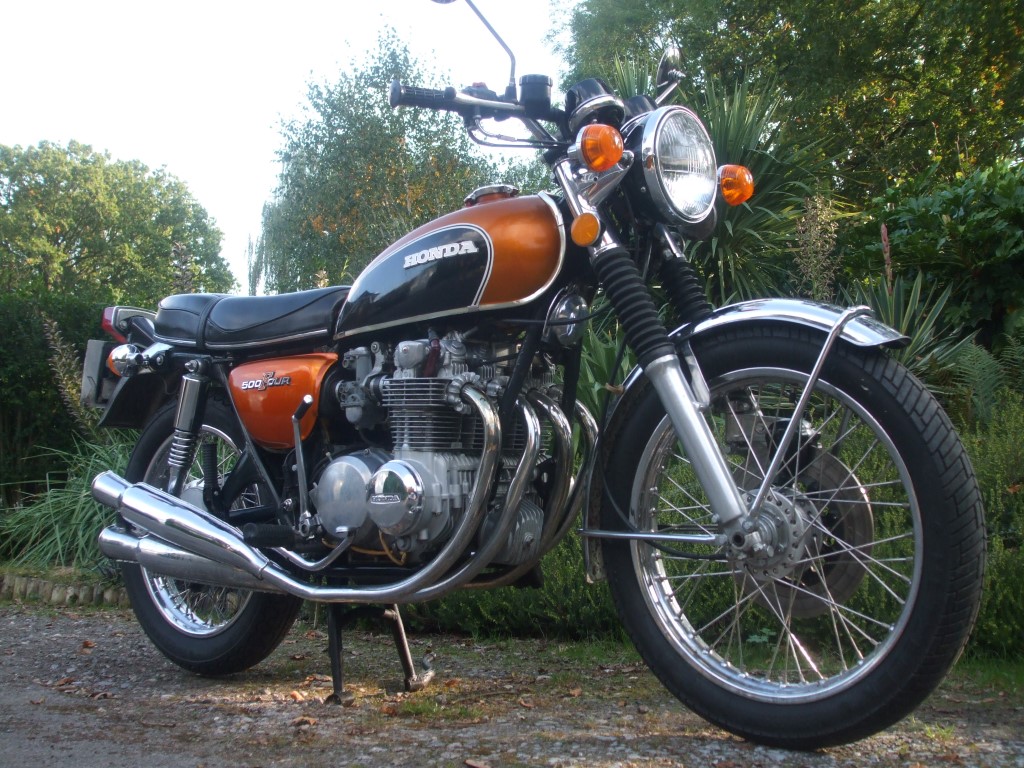 This blog will form the basis of the ongoing story. I’m not an anorak and just want to enjoy riding the bike, rather than worry about whether the seat is correct for a “K0” or not. Having said that, the seat is not correct and I’ve had an original 1972 seat in my garage for the last 5 years waiting for this day…  (oops, I’ve started…)

The bike was recommissioned by Sean Brennan of SB Engineering in Woodcote (Oxon) who comes highly recommended. With a shiny new MOT, it took me about 20 seconds on the DVLA website to get her taxed. Now all road legal. Just needs riding!

Having got “Goldie” back right at the end of probably the warmest and driest September ever and with a dreadful weather forecast, it was with some trepidation that I looked out of the bedroom curtains at a reasonable hour (post Suzuka Grand Prix) to find a glorious sunny (if not warm) morning. Time for a ride…

Nervous. Last time I rode one of these was about 5 years ago and I’ve ridden a series of modern Triumphs since then. Would it go? Would it stop? Would it piss fuel all over the swingarm and the road?

The answer was “Yes” to all of those… 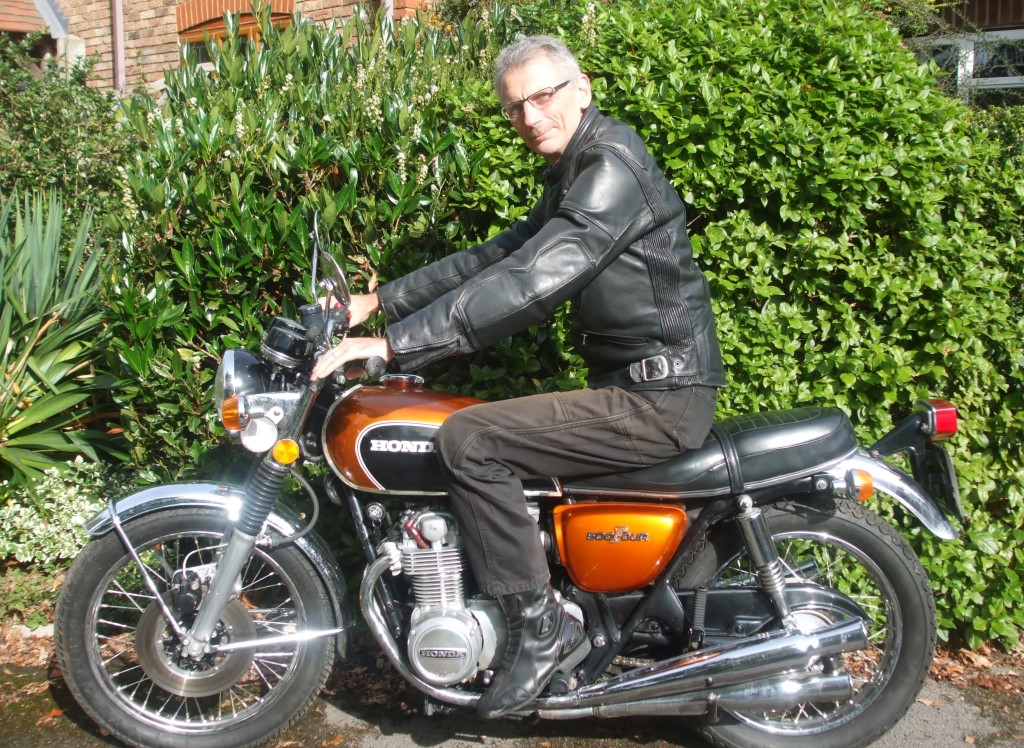 Fuel on. Choke on. Thumb the starter and she bursts into life.

As I remember, a cacophony of rattles at tickover with that glorious four-pipe Honda soundtrack.

First impressions? The front disc brake is absolutely useless (even on a dry sunny morning) – I’m going to have to take it apart and take a look. The throttle is very heavy and it feels very small.

I guess it is about the same physical size as the Street Triple that I rode the other day, albeit with less than half the power. I am definitely sitting “on” it and not “in” it as I do with the Tiger.

Filled it up with fuel. Yes it leaks out of carb #1 (more fixing to do). The neutral light doesn’t work and the indicator switch has no central detente.

I really need to do a few miles and then go home and check that all the nuts & bolts are still there, that the tyres are still inflated and the oil level hasn’t dropped. I needn’t have worried. It was great.

After 20 miles or so I headed home. Maxed at about 75mph (ish) which was fine. Felt good, handled OK (a bit hard) and sounded great.

All in all, very pleased. It is still filthy after 8 years in a barn and there’s definitely a “patina of age” about the bike. Love it!

First up: I am a rider, not a restorer…

Not the case. It seems that the K0 was only shipped in the USA, so any UK K0 was either an import or extremely rare.

The differences are important if you are trying to refurbish or restore one of these (not least in the price and availability of the parts).

Many thanks to my good friend Bryan Jones for this summary:

Here’s a K0 seat that I bought on eBay.com about 10 years ago: 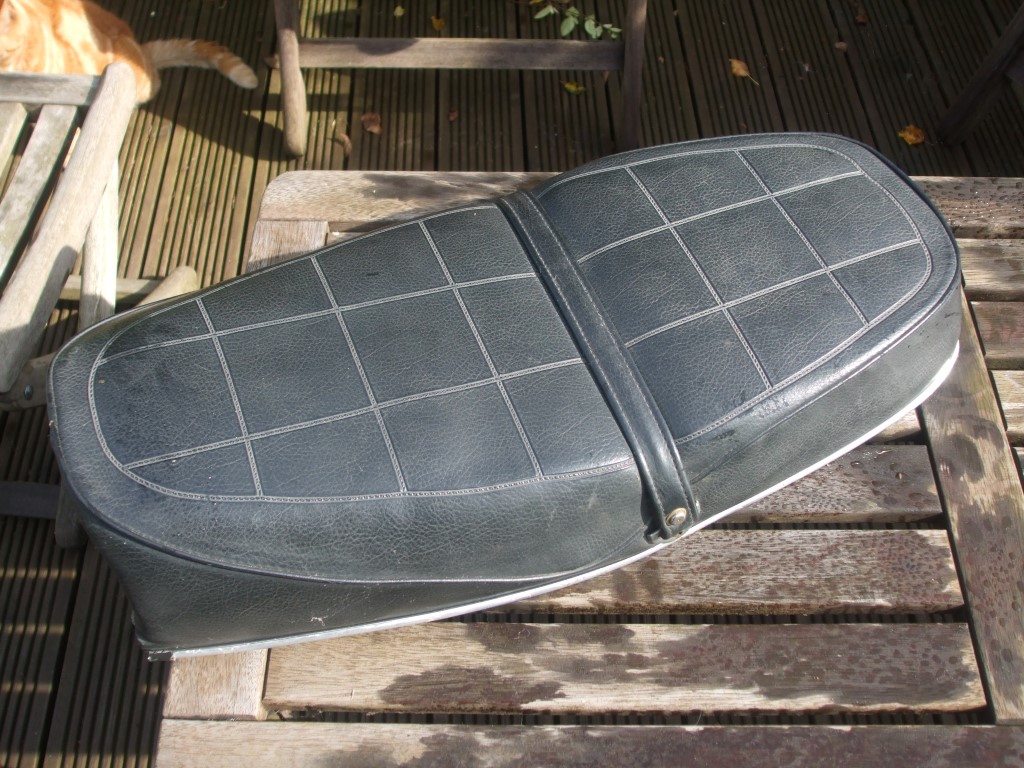 Compared with the K1 seat fitted to the bike: 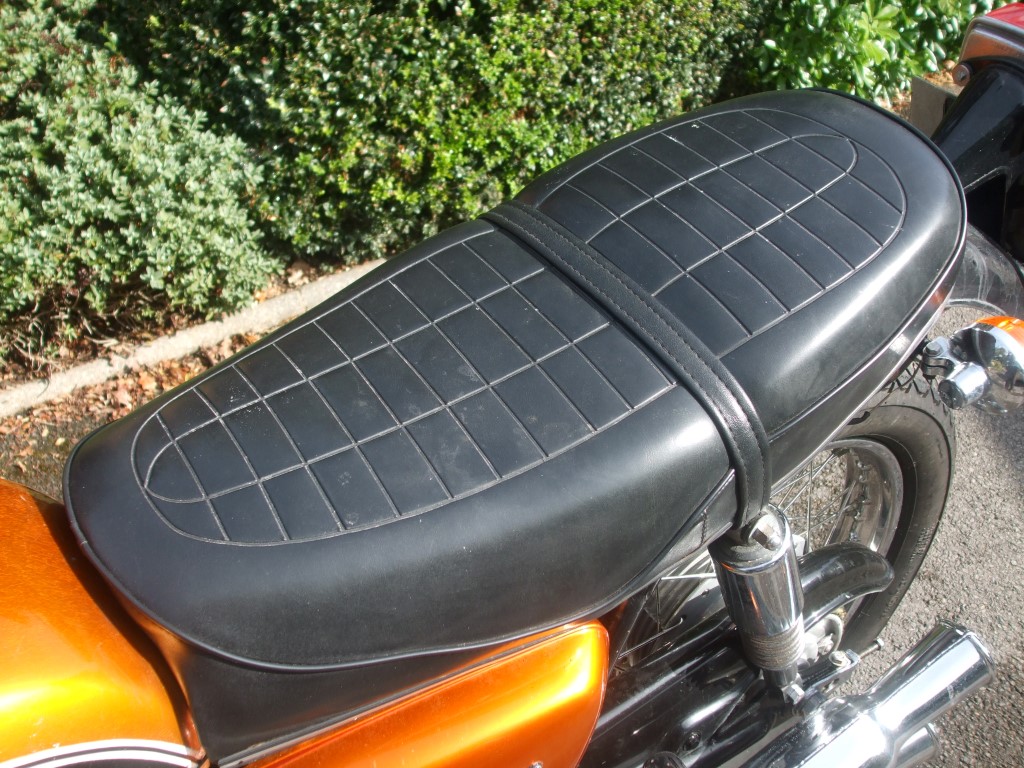 Note that the K1 seat has a badly fitted cover and no strap fixings.

About to go out for my MOT and find that the fuel filler cap latch has disintegrated!

No fuel and no way of opening the cap to add any. 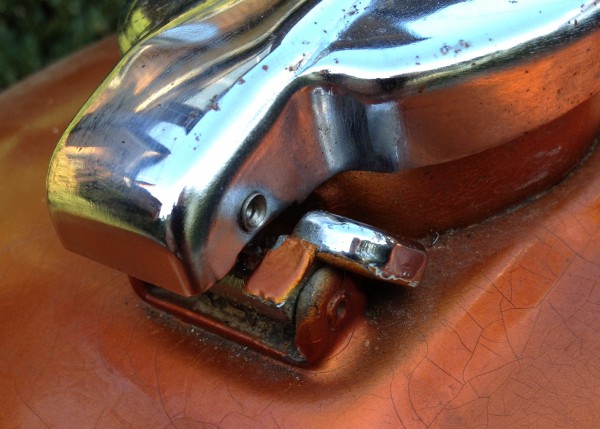 This will take a little thought (and maybe some help from my mates on www.sohc.co.uk)