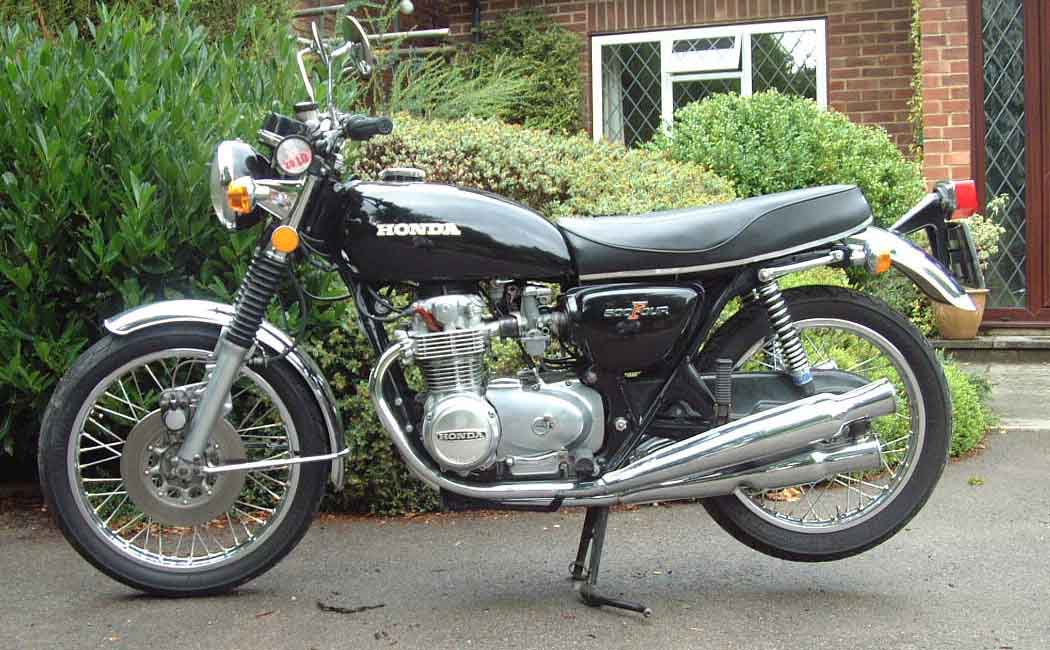 After 500-odd miles in the first year of ownership I was shocked to fail an MOT! The tester informed me that one of the steering lock stops was missing (broken off) on the bottom yoke which meant that the bars touched the tank on full lock. It had obviously been like this for years, but the tester was adamant and I had to take it away and get it fixed.

David Silver had an NOS bottom yoke in stock for just £23.50 and a set of taper roller bearings for £27.61 – yes, the bearings cost more than the yoke!

That fixed, I ran a compression test whilst back at the MOT station (because they had a tester and it was free). I really shouldn’t have bothered because the readings were poor:

Here’s a picture of the instruments 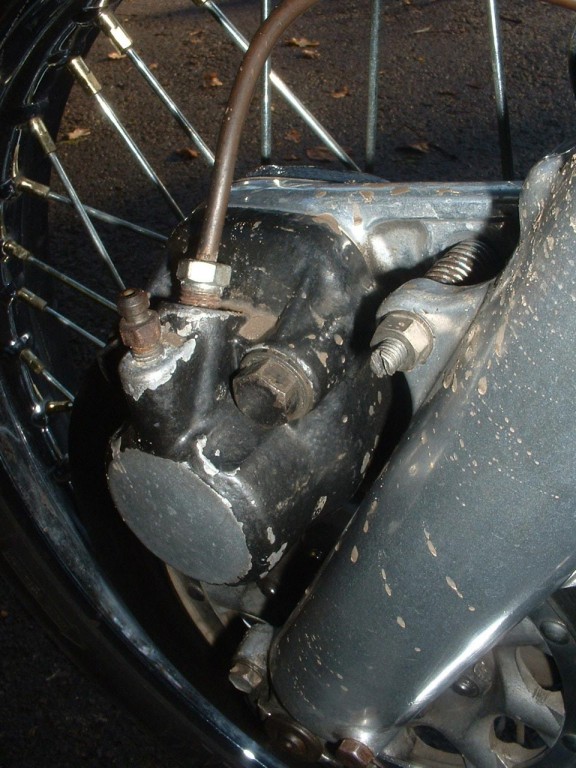 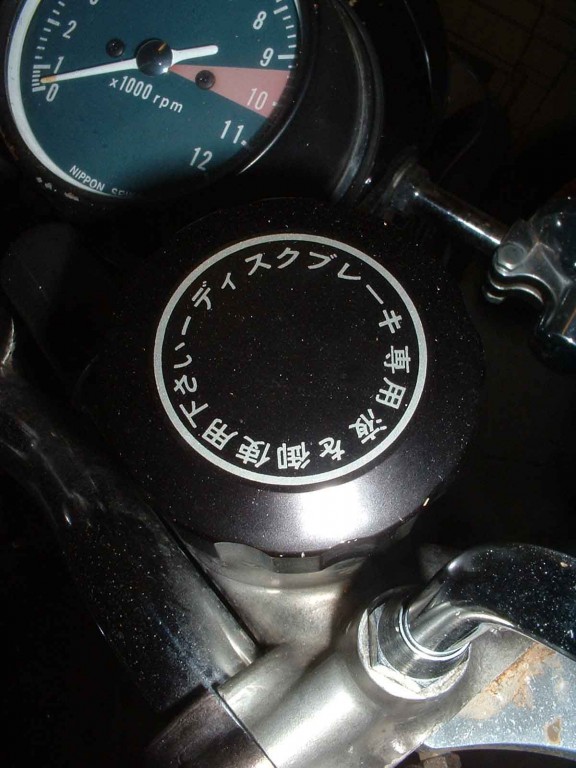 It has been suggested that the Japanese script on the front brake master cylinder cap says “Stop looking at this and watch where you are going!”

By January 2009, I’d had an MOT Advisory for the last two years about my front tyre which was badly feathered and almost down to the wear lines. I decided to order up a new one from Gary at www.gsmotorcycletyres.co.uk – he supplies and fits tyres for all my bikes (as well as being my IAM Observer when I was training and all-round good bloke).

I’ve gone for a straight replacement of the existing Avon Roadrunner. Thought about having a ribbed front (like in the old days) but decided to stick with the pair. 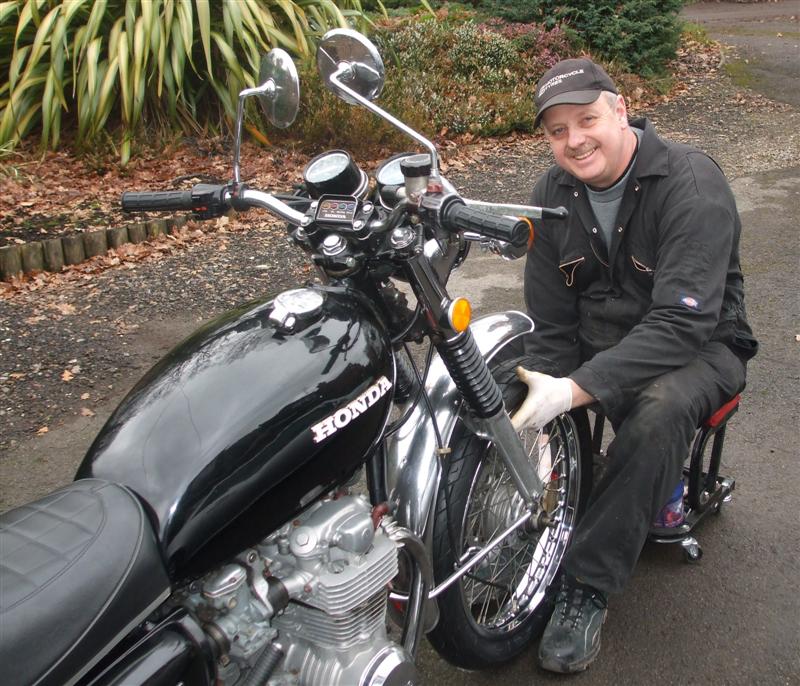 Since then, the bike has hardly covered any miles (see my exploits with VFR Hondas and Triumph Triples) but has been begging me to sort out the gearbox, which jumps out of third gear when under load. This is bad as third is the “powering out of roundabouts” gear!

The problem lies with wear to the selector forks. These are now “unobtainium” but I have managed to pick up a complete 500/4 gearbox from Warehouse Motorcycles, a breaker in Godstone (Surrey), not perfect but between the two I should be able to put together a working replacement. 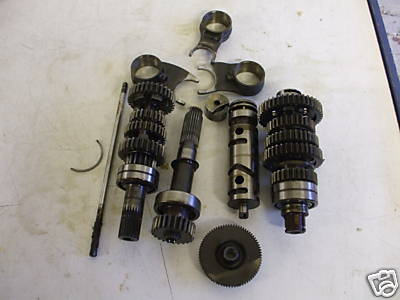 The bike is currently on SORN – I spend too much time riding my Sprint!

CJF was sold to a fellow enthusiast Malcolm Avery in September 2011. He was looking for a 500/4 that was good but that needed a bit of work. He took the gearbox bits and promised to let me know how he got on. I first met Malcolm at a Classic Bike magazine photo-shoot. His T150 Trident was being featured alongside Eamon’s CB750K0 and a Mach III Kawasaki in Jim Moore’s “Back to 1969” copy in July 2009. It was sad to see her go, but I needed the money to put “Goldie” back on the road.

I’ll post a photo of the proud new owner when I can get one.